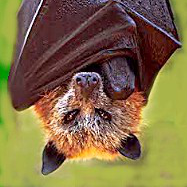 Many programmers new to Unix shells are confused by shell variables, and how they relate to the Unix environment.

Newcomers are often unclear on the difference between:

I’ve seen this cause a lot of confusion when people first start writing shell scripts.

As an example, let’s use a simple script (we’ll call it ec2-ip-ls) that reports AWS EC2 instance private IP addresses:

Now, let’s say you’d like to see the EC2 instances in a different AWS region, perhaps eu-west-1. Here’s a way of doing that that may or may not work!

That sequence will do what you want if you’ve exported the AWS_DEFAULT_REGION environment variable. If you haven’t exported it, you’ll just get the same list of EC2 IP addresses that you get normally.

Exporting the variable fixes the problem:

So what exactly is the difference between an un-exported and an exported shell variable?

An important thing to keep in mind here is that shell variables are expanded by your shell before invoking programs. This is why we use sh -c '...', because the single-quoted argument to sh -c is guaranteed protected from shell variable expansion.

Exported shell variables are visible in the current shell, and in all subprocesses, because once exported, a shell variable is an environment variable.

If you’d like to get rid of an exported environment variable, you can unset it:

It’s common to want to run a program with a different environment. In our example, with AWS_DEFAULT_REGION, it’d be a pain to have to export it and then immediately unset it if we don’t want to leave it behind in the environment, potentially affecting future commands:

This is particularly handy for use with commands like date:

The command-line program env will print out all environment variables when run with no arguments:

The shell builtin set will print out all shell variables and all environment variables: